On October 3, 2019, The Ashland Chamber of Commerce held its 113th Annual Dinner and Award night at the Ashland Hills Hotel. This year’s theme was “Celebrating 50 Year of Sister City Friendship”.

It was a surprise when Chamber President Mary Gardiner invited Señora Chela, Mina and Kernan Turner to center stage to receive the prestigious “2019 Citizen of the Year” award on behalf of the club and its membership.  The award is for sustaining 50 years of sister city relations with Guanajuato; it honors all Amigo Club members who over the years have put passion, energy, and enthusiasm into supporting people-to-people connections between Ashland and Guanajuato.

Below is a photo of the award, which will be placed in the Guanajuato Room of the Ashland Public Library. 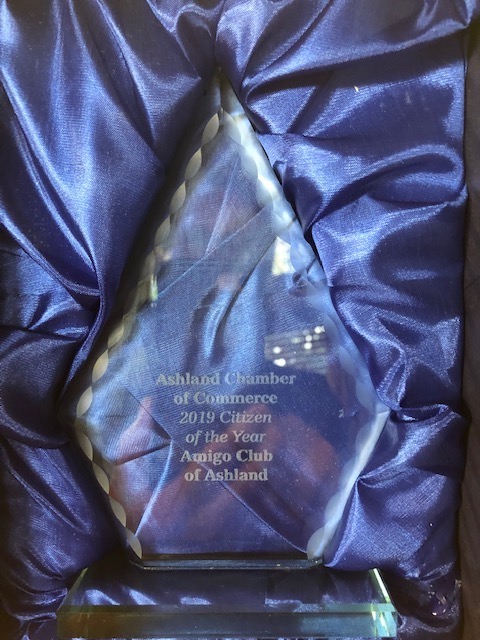 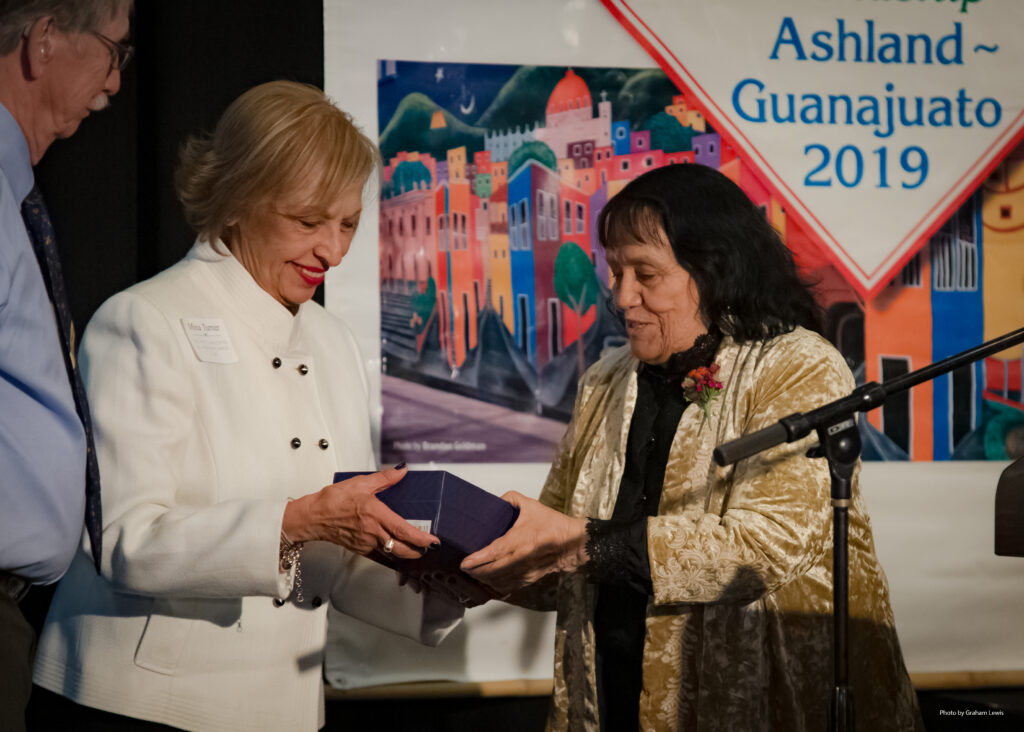 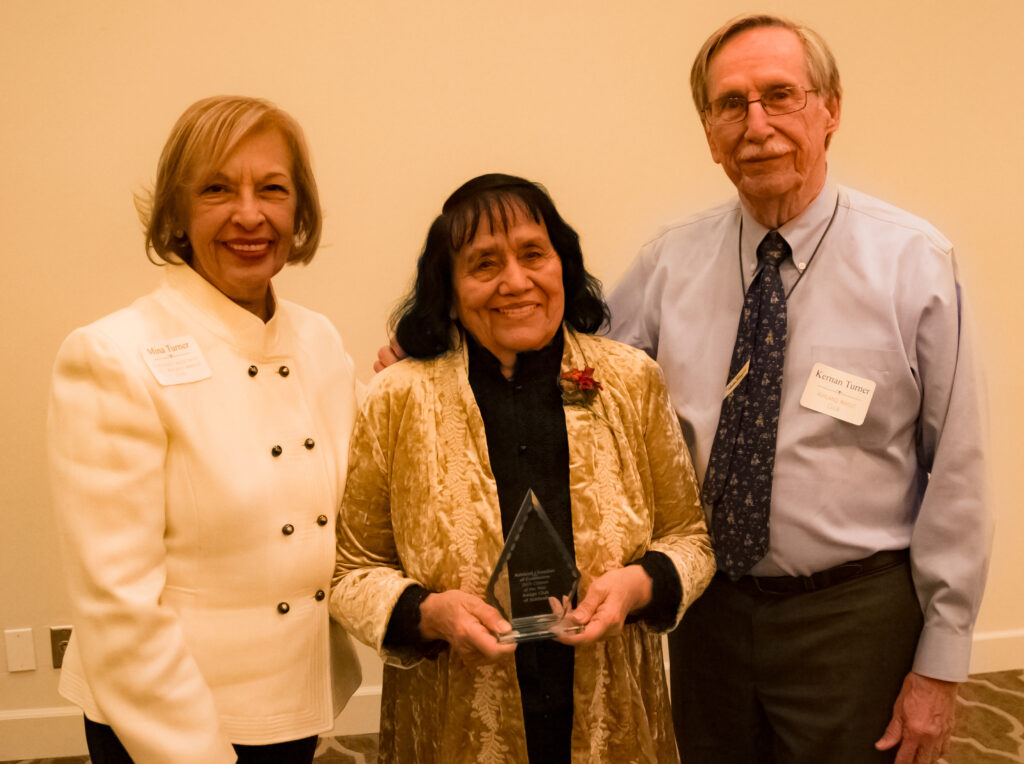 Before the award presentation, Señora Chela and Leo and Marianne vanDijk received standing ovations for their many years of Sister City leadership. Below is a photo of Leo vanDijk acknowledging this recognition. Photo by Graham Lewis.

It took 50 years, but we can all feel proud of the recognition bestowed on the club—and all of its members—for embracing peace and strong bonds of friendship between different peoples and cultures through such activities as student exchanges and housing, hosting Guanajuato visitors, raising money for scholarships, traveling to Guanajuato, and developing lasting personal relations.

It has been a big 50th anniversary year, with celebrations in Ashland and Guanajuato in April and May, again during the Fourth of July, and now with the reception of the “2019 Citizen of the Year” award from the Chamber and its prestigious membership.  The Amigo Club of Ashland is honored to be an active member of the Chamber.

Text of this blog edited from email message sent by Mina Turner to Amigo Club members on October 4, 2019.