Mission of the Amigo Club

The objective of this nonprofit corporation shall be to actively promote the Sister City relationship between the City of Ashland, Oregon, U.S.A., and the City of Guanajuato, Guanajuato, Mexico, by supporting, without limitation, personal, educational, cultural, civic, social, medical, dental, and other exchanges between the two cities. To read a copy of the Constitution (amended in 2009), please click here.

The members are the governing body of the Amigo Club. Management of the Club is facilitated by a Board of Directors (BOD) that meets once/month to discuss Club business. The BOD is comprised of officers that are nominated and elected by the membership and that serve two-year terms. 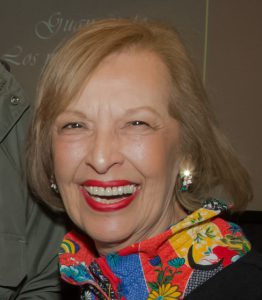 President – Betzabé “Mina” Turner. As president, Mina and the board of directors have secured the club’s tax-exempt status, created an endowed scholarship fund for exchange students supported by the annual Guanajuato Nights fundraising dinner/auction, and initiated the monthly “Entre Amigos” newspaper column. An Oregon certified court and health care interpreter and human resources professional, Mina joined the Amigo Club in 2002 after living and working for years in Lima, Peru; San Juan, Puerto Rico; and Madrid, Spain. 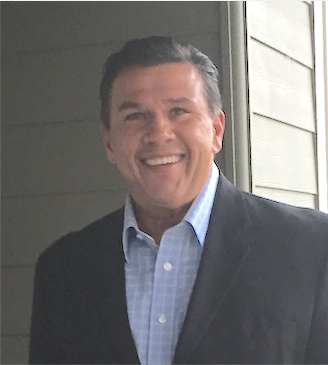 President-Elect – Jaeger (Jay) Tapp. Jay has lived in Ashland since 2000 and is currently a business and management consultant in the fiber broadband Internet, publishing and urgent care industries. He has been a board member for the local Kids Unlimited program and helped found “Ink Out”. Jay has been involved with the Amigo Club for many years and has visited Guanajuato dozens of times since the sister city and Amistad relationships were conceived 50+ years ago. He is excited to help the Amigo Club advance its mission and, of course, work with his mother, Señora Chela. 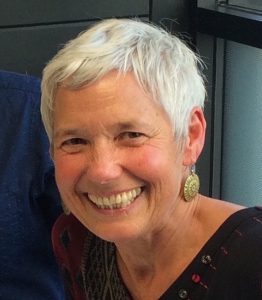 Vice President – Karen Grove. Karen has been active in the Amigo Club since moving to Ashland in 2015. Even before moving here, Guanajuato was her favorite Mexican city. She has traveled extensively in Mexico and is pleased to be part of a group that is working to strengthen ties with our neighbor to the south. She is the current web mistress. 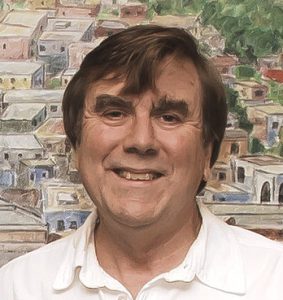 Treasurer – Sean Van Ausdall. Sean has been treasurer of the Amigo Club since 2010; he was President of the club from 1995–2000 and Chairman of the 30th Anniversary committee.  Sean has traveled extensively throughout Latin America, for business and pleasure. Sean currently works for the Center for Non-Profit Legal Services in the immigration law project. 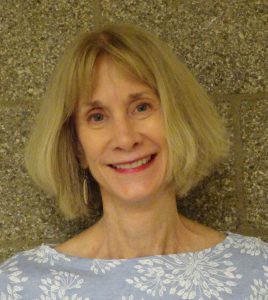 Secretary – Lynn Lamoree. Since joining the Amigo Club four years ago, Lynn (along with her husband Tom) has had the great pleasure of hosting visitors from Guanajuato and visiting there several times herself. Membership in the Amigo Club has been the start of lifelong friendships, wonderful experiences, and hopes for better international relations. 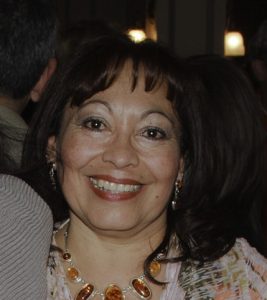 Housing Coordinator – Marina Kendig. Marina has been active with the Amistad Program and the Amigo Club since 1991. Marina taught Spanish at SOU for 12 years; during this time she worked closely with SOU and Guanajuato students who participated in the Amistad exchange program. She continues to actively promote the sisterhood program through contributions to the Amigo Club. 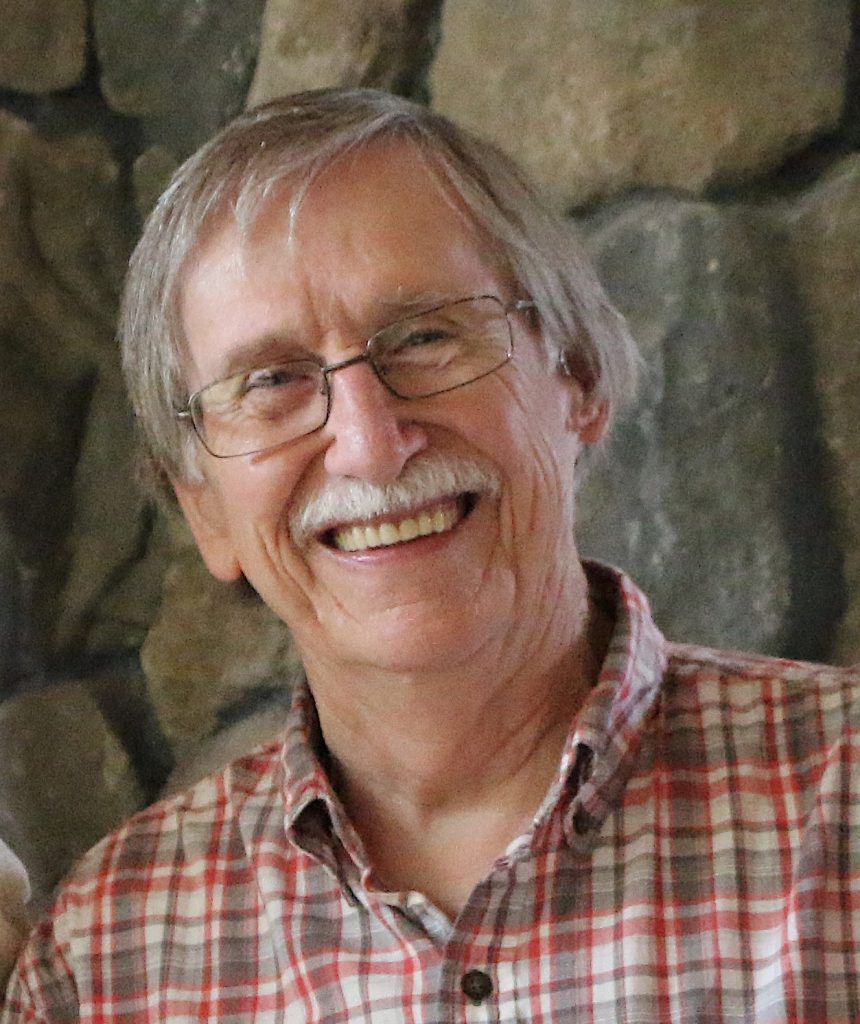 Kernan Turner – 501(C)3 and Grants Coordinator. Kernan joined the Amigo Club shortly after moving to Ashland following nearly 30 years living and working as an editor/reporter and bureau chief for The Associated Press in Latin American countries, Spain, and the U.S. Commonwealth of Puerto Rico.  He has also served as the club’s historian and guided the committee that established tax-exempt status for the club’s support of Sister City relations. 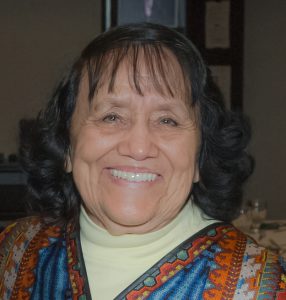 Guanajuato Liaison – Sra. Chela Tapp-Kocks. Amigo Club visionary, Señora Chela Tapp-Kocks, is the driving force, aided by the club’s board of directors and general membership, that has kept Ashland-Guanajuato Sister City relations vibrant for >52 years. As Southern Oregon University professor, she led a small group that inspired both cities and their universities to formalize relations in 1969. She travels at least once a year as Amigo Club liaison director to Guanajuato. In 1994 she became the only foreigner to receive Guanajuato’s annual “El Pípila de Plata” award, normally given each year to a Guanajuato citizen for “friendship and service” to the city.

Board Members at Large—assist the BOD for specific events/activities (2022-2023):

Please click on file link to get a complete history of the Amigo Club: How It All Began – Updated 2022

The visionary behind the ties between the two cities is known in Guanajuato and Ashland as Señora Chela, a professor emerita of foreign languages and literature at Southern Oregon College (now Southern Oregon University—SOU) who saw similarities between the two cities, including impressive mountain settings, rich cultural legacies and top-notch theater.

For three decades, Sra. Chela guided students from her Spanish classes on chartered bus tours of Mexico during the Christmas holidays.  The tours always ended up at Guanajuato.

In 1968, supportive Ashlanders formed a Friendship Committee that became the nucleus for the Amigo Club.  Dr. Marvin Kocks and Ken Jones were co-chairmen.  (In time, Sra. Chela and Dr. Kocks would marry in Guanajuato.)

The year 1969 was the turning point.  The college organized a “Day in Guanajuato” festival on the campus that attracted thousands of people from the Rogue Valley and some 35 Mexicans from Guanajuato, including city and university officials.  Ashland and Guanajuato officially declared themselves “Friendship Cities,” which soon evolved into official Sister-City status.

Southern Oregon University and the University of Guanajuato formed a student exchange program known as Amistad (friendship).  Since its beginning in 1969, more than 750 students, American and Mexican, have participated in the program.  And hundreds of American and Mexican citizens of all ages have traveled back and forth between Ashland and Guanajuato, many on special trips led by the Amigo Club.

Since 1969, the queens of Guanajuato’s major summer festivals have ridden in the Ashland Fourth of July Parade.  Each year, Ashland sends high school students as ambassadors to a June festival in Guanajuato.

The Amigo Club has organized major celebrations for each 10-year anniversary, the last one in 2009 when some 80 Mexicans came to Ashland for a week in April and about 70 Ashlanders went to Guanajuato in August.  Today, plans are underway for the 50th anniversary celebration in 2019.

The Amigo Club helps sponsor gatherings and host families for visiting Guanajuatenses and entertains and coordinates activities for the Fourth of July visitors.

Mostly through an annual dinner/auction called Guanajuato Nights, the Club has raised more than $120,000 for an endowed scholarship fund for SOU and University of Guanajuato exchange students.

The City of Ashland actively supports the Sister City program and has donated fire trucks, ambulances and medical equipment to Guanajuato, in addition to offering training to the Guanajuato police and firefighters.

The Ashland-Guanajuato connection has become one of the oldest and most active in the Sister City program envisioned by President Dwight Eisenhower after World War II as a people-to-people program intended to further world peace.

City Similarities—Ashland and Guanajuato have a lot in common